Spring is here and so is turkey season. Turkeys are second only to deer in popularity with American hunters with more than 3 million people venturing into fields and forests annually in pursuit of the bearded bird.

Prior to the arrival of European settlers, millions of turkeys flourished across North America. The arrival of more accurate firearms, unregulated hunting and habitat destruction brought turkeys to the brink of extinction. By the late 1930s it is estimated there were only about 30,000 wild turkeys remaining in the U.S. Aggressive capture and relocation efforts involving surviving birds, along with introduction of regulated hunting and sportsmen-funded conservation efforts, led to an incredible comeback success. By 1973 the wild turkey population was more than a million birds across 49 states and regulated hunting was reestablished in all states except Alaska. Even with millions of hunters pursuing turkeys each year the population continues to climb. A recent estimate put the number of wild turkeys in America at 7 million birds. 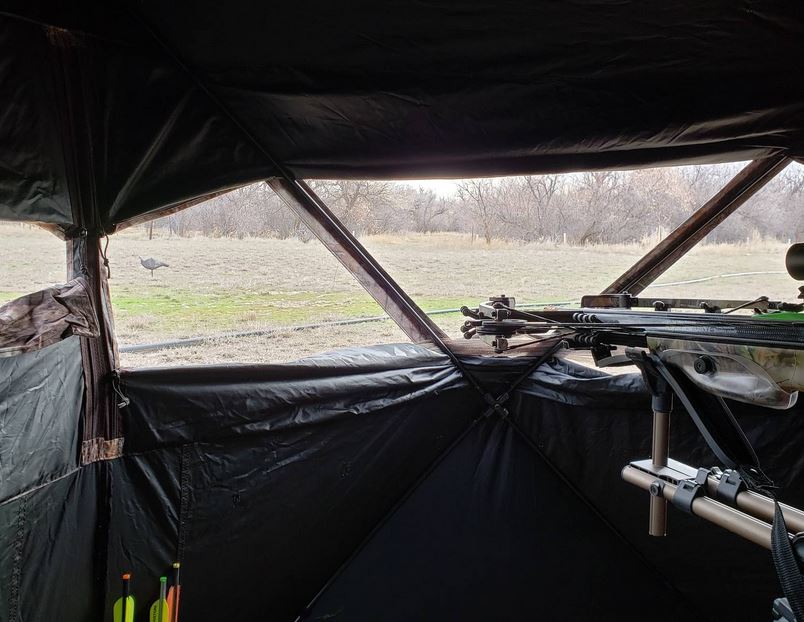 The most common way to hunt turkeys is to set an ambush in an area where they are known to be present. Some hunters set up a camouflaged ground blind, while others wear camo clothing head-to-toe and find a place to sit or hide. Sitting at the base of a tree or concealed by brush are common tactics. Decoys are not mandatory to enjoy success, but they can increase the odds when properly deployed. The ideal spread would include some hen decoys and a jake (young male) or two, or hens and a tom (mature male) decoy placed 5 to 20 yards from the concealed shooter. The hunter then uses calls to lure a tom turkey in the area to approach within sight of the decoy spread. Tom turkeys are violently territorial, and the sight of a rival tom or jakes making a move on hens in his backyard will often bring a big male charging into the decoy spread where a shot can be taken.

Turkey calling is fun. The birds have a language of their own consisting of "gobbles", "clucks", "putts", "purrs", "yelps", "cutts", "whines", "cackles","kee-kees" and more. Learning to reproduce these sounds and how to employ them in “talking” to wild turkeys takes time. But modern calls are so effective, accurate and easy to use that even novices can learn to talk turkey like a pro with a little practice.

Basic types of turkey calls are the box call, the pot call, the mouth call, the shaker call and electronic calls. Electronic calls are very accurate and effective, but there are also not legal in all areas. They can also weigh more than other call types and you have to be sure to take extra batteries along. That’s why I prefer the other call options. 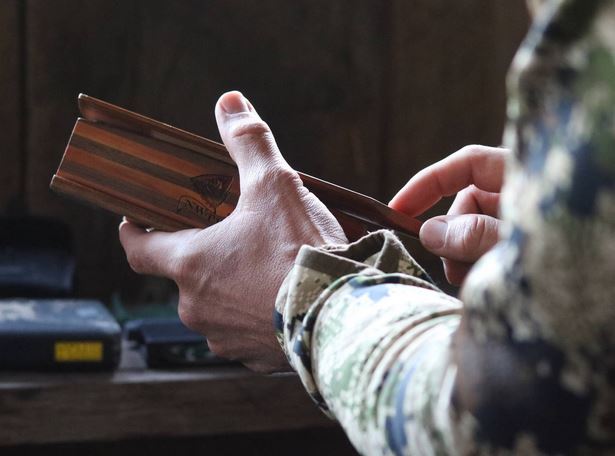 Box calls consist of two main parts; the box and the paddle. These calls can be made from a variety of materials but wood is the most popular. The box portion of the call is an elongated box atop which is the moveable paddle. Sound is made by scraping the paddle across the top of the box. Hunters can vary the amount of pressure used in this process, along with the length of each stroke, to create a range or turkey sounds. Box calls are lightweight and easy to use. Even a beginner can be producing cuts, yelps, purrs and clucks in no time. The price of a box call depends on how fancy you want to get. Basic box calls run less than $20, or you can spend more than $100 for a finely crafted, hand-tuned work of art. A downside to box calls is that they require use of two hands, so you have to be careful not to move much when you pick up and aim your bow or shotgun. 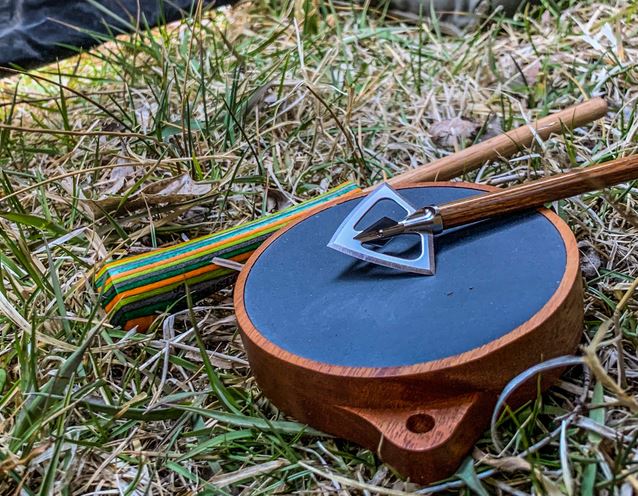 Another call that uses friction to produce sound is the pot call . These also consist of two parts, the pot and the striker. The hockey-puck-size pot is held in one hand and the striker is held like a pen or stylus in the other. Noise is made by scraping the tip of the striker across the flat surface material in the pot. That pot material is typically slate, ceramic or glass, and the sound produced is controlled by pressure and scrape length. Watching a skilled pot call user work is a wonder to behold. The volume, tone and duration of each cut, cluck, yelp or pur seems to have endless variation. Pot calls excel when trying to sweet-talk a turkey in just a few more yards for a shot. Pot calls range in price from $20 to $90. The downside of using pot calls is that doing so requires two hands. 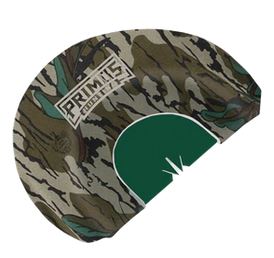 Mouth calls, also known as diaphragm calls, are the lightest and least expensive turkey calls available. They’re easy to keep in a pocket and forget they’re there, run less than $7 for one with complete sets less than $35, and they produce wonderful turkey sounds. And because the entire call is in your mouth, you have both hands free, letting you talk to the turkey right up to the moment you pull the trigger or release an arrow. The downside? It takes time to master a mouth call. You could say they’re the least user-friendly of the turkey call options. Mouth calls consist of one or more “reeds” stretched in a semi-circular frame. The reed is actually made of latex in many mouth calls, so keep that in mind if you have a latex allergy. Sound is produced by pressing the call up against the roof of your mouth with your tongue and exhaling to blow air across the reeds. Varying tongue pressure, force and duration of exhale is what produces the different sounds. Mouth calls can be sound-specific, meaning one may do certain sounds better than another. That’s why some turkey hunters carry a full set of these calls. But there are also very good “one call does all” options. 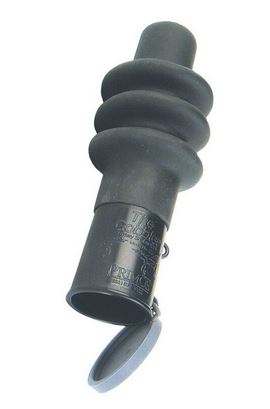 For locating and challenging a big tom turkey in the area, a shaker call is just the thing you need. Like the name implies, a vigorous shake of the call with one hand produces a loud and furious gobble sure to get the attention of other turkeys nearby. Hunters will typically use these to find where a male turkey is in vicinity to the blind or hiding spot, and then switch to other calls to draw the tom in closer. These are the easiest kind of call to use – just shake it – and they’re quite affordable with a price tag around $20.

Nexgen Outfitters has a nice selection of turkey calls , as well as experts on staff to answer any questions you may have about turkey hunting. Few hunting experiences are more gratifying than locating a big turkey, calling him in, and making the shot. Let us help you get started on that hunting goal today.