Spring turkey hunting has many highs and lows, but hearing that thunderous gobble getting closer and closer is something we all look forward to every year!

If you have your own property, it is likely you already know the patterns of how, when and where your flock moves around the terrain.  Many times in that scenario you are on the birds and it’s just a matter of getting a Tom to play along as you coax him in with your favorite calling technique.  If you need help with that, check out our blog and video “Get Good at One”.  But for the other hunters who have worked with a land owner to secure an unfamiliar turkey spot, or are going to work for a bird on public ground the first battle is locating turkeys!  A number of things can play into this, but let’s talk about some tips and tricks for locating spring gobblers. 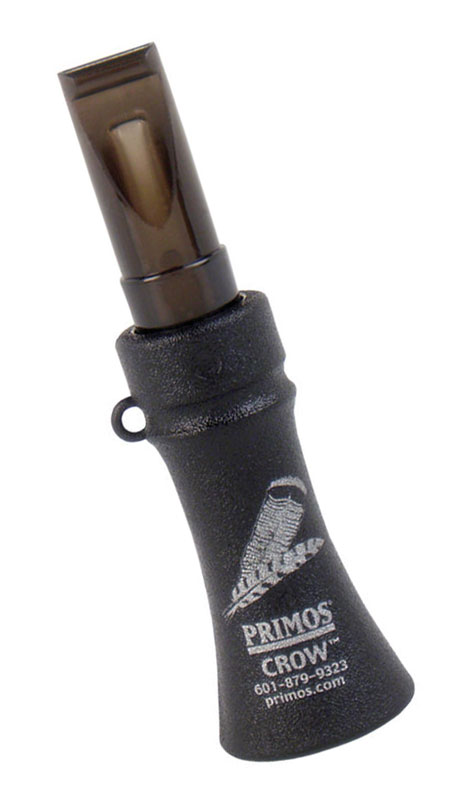 Scouting, using locator calls, and even trail cameras can be a huge help in finding birds. Locating turkeys, the night before your hunt, if done right, can drastically increase your chances of getting in a position to harvest a Tom, or at least help you make a plan for the morning hunt.  Provoking a shock gobble is when you force a gobbler to instinctively gobble usually in response to a loud noise.  Male turkeys are so amped up this time of year sometimes even a slamming car door is enough to provoke a gobble.  Think of it almost like the muscle twitch you experience when the Dr whacks your knee with that little rubber hammer!  Locator calls, like owl and crow calls, can be very effective, along with some predator calls from time to time.  Typically, these locator calls are most effective at pre-dawn or during the last 30 minutes of light when the turkeys are safely roosted in the trees.  Gobblers are typically more vocal when roosted as they feel safer and are trying to locate the rest of the flock.  Use only a few loud blasts in one area, as you ARE trying to shock a longbeard into giving up his location you do NOT want to make enough commotion that he’ll simply vacate the area entirely!

Finding a good vantage point that allows you to vocally survey a large area without spooking roosted birds is key!  The goal is to try and stay 200 yards back from potential roosting spots to ensure not to spook them, this will be dependent on the terrain you’re hunting.  For example, in mountainous terrain sound might not travel as far, so make those adjustments to your distance and vantage point depending on location.  One of my favorite scouting tools, as crazy as it sounds to employ a spotting scope, is the super compact Hawke Endurance 12-36x50 spotter.  It will fit so easily in any day pack, it is incredibly lightweight with HD glass and best of all the slightly lower power allows a person to look without the aid of a bulky tripod.

These types of locator calls can be fairly simple to learn and there are a number of options on the market that won’t break the bank.  Whether you’re hunting or scouting, these are both calls that should be added to every turkey hunters’ bag of tricks!  Owl calls typically provoke shock gobbles in the early morning before shooting light and the last 30 minutes of light.  I recommend using crow calls mid-morning and mid-afternoon after the gobblers have went silent, to see if you can get an idea on where those gobblers are headed. 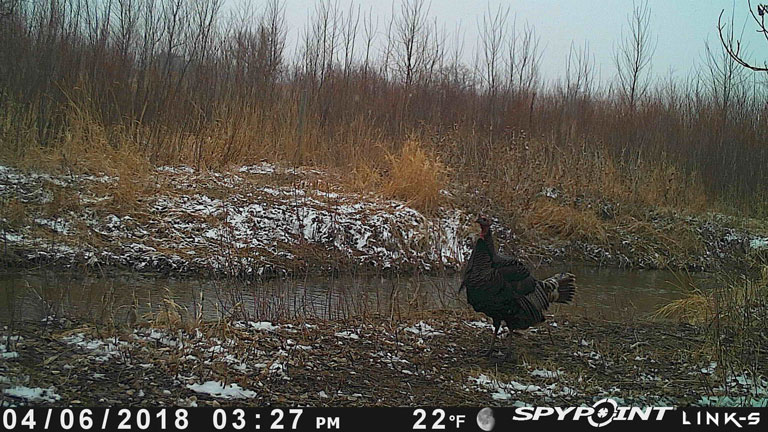 Trail cameras can be a great asset when turkey hunting, they allow you to get eyes on “potential” travel corridors obviously without being there.  Sometimes you might be able to locate birds in the morning and evening, but then they go silent and disappear.  Getting trail camera pictures can help nail down specific times they are moving though areas, allowing you to make a better plan.  Try setting your cameras a little lower than you typically would for deer to ensure you don’t end up with pictures of just their heads!  The cellular network cameras now available will even allow you to see what’s traveling the trail without having to collect the cards.  So the next time you go back, could be to actually hunt and save a trip to the field. 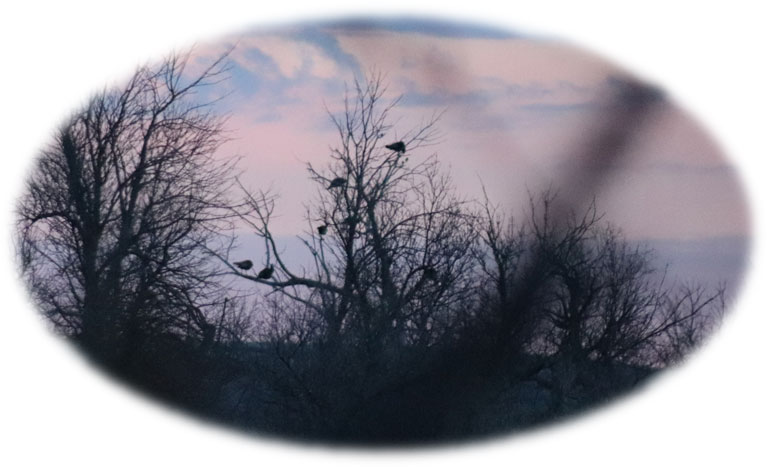 The last piece of advice I will leave you with that has paid off in the past, is to return to the last place you heard gobbles after you have moved on looking for birds!  Sometimes those Toms will go back to the last place they heard hens when the hens go quiet for the afternoon!  So, get setup, call and be patient! Best of luck!