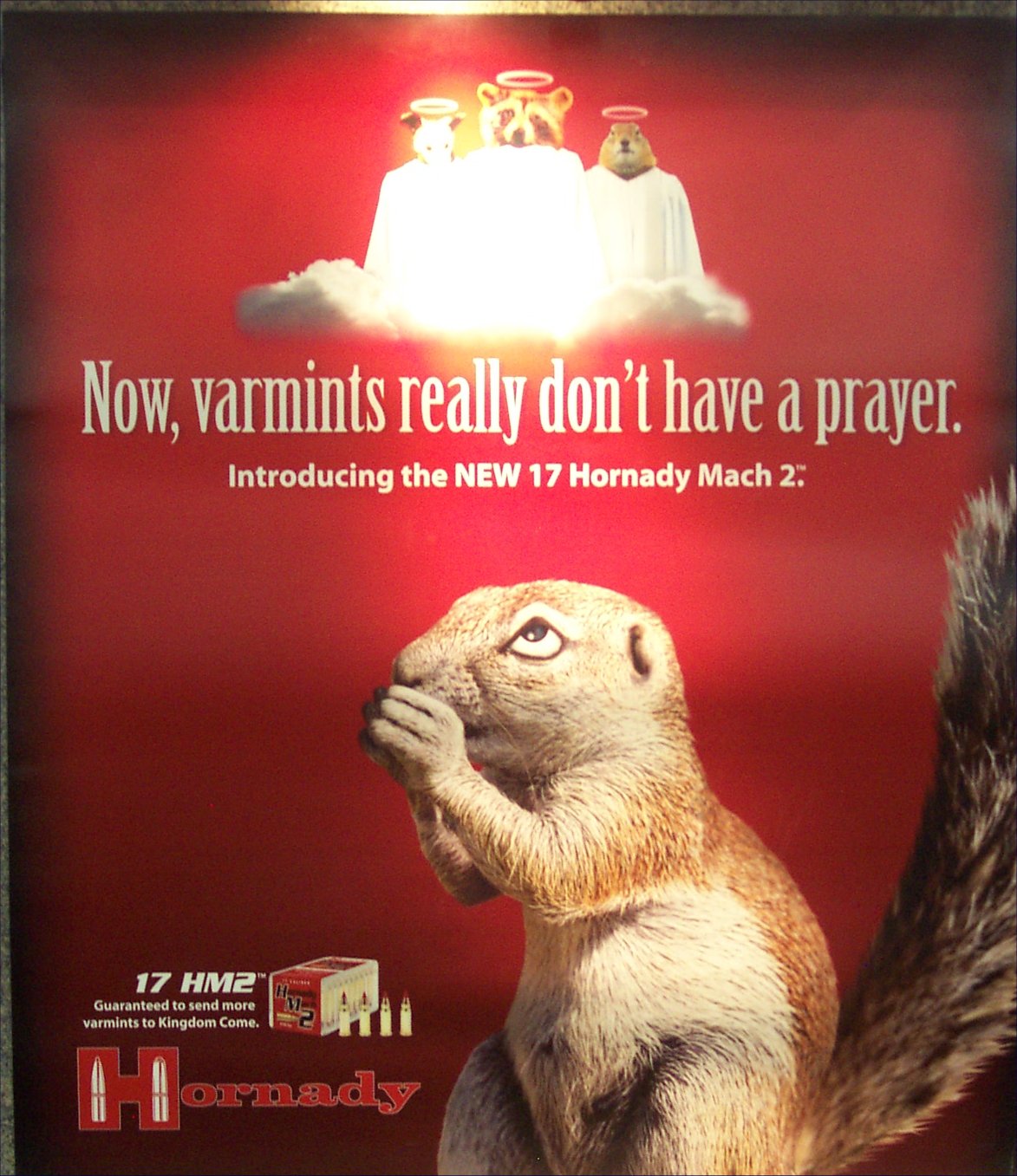 These days any discussion about shooting prairie dogs has to come with clarification. Prairie dogs are not cute canines running around on the great open spaces of the American West. They are burrowing rats that devastate landscapes, spread disease and leave holes across pastureland that are leg-snapping land mines for livestock and horses. They’re only called “dogs” because that’s what Lewis and Clark decided to name them when the critters were first encountered on their famous exploration mission in the early 1800s. When excited, the rodents make a noise similar to that of a small yapping dog. And they’re very hard to get rid of once established in an area. That’s why it’s not hard to find farmers and ranchers more than willing to let you shoot them on their land.

Prairie dogs are social creatures living in collections of underground burrows called a town. Beneath the holes are a complex network of tunnels and chambers. The rodents venture out during the day to graze on vegetation in the vicinity of the town and will reduce the area to a dusty moonscape if left unchecked. When an area is grazed into nothing, the town sends out scouts to find a new location with available food. Damage prairie dogs can do to grazing land is incredible to behold.

Prairie dogs aren’t really hunted, they’re shot. No stalking, calling or luring is involved. A populated town is located and shooters have the option of setting up shooting tables around the perimeter, setting up a ground blind or simply sitting on the ground or shooting prone. Prairie dogs that have been shot at before will be spooked by the sight of shooters on the horizon, so the shooting table option is really only viable at towns that have had limited shooting pressure. 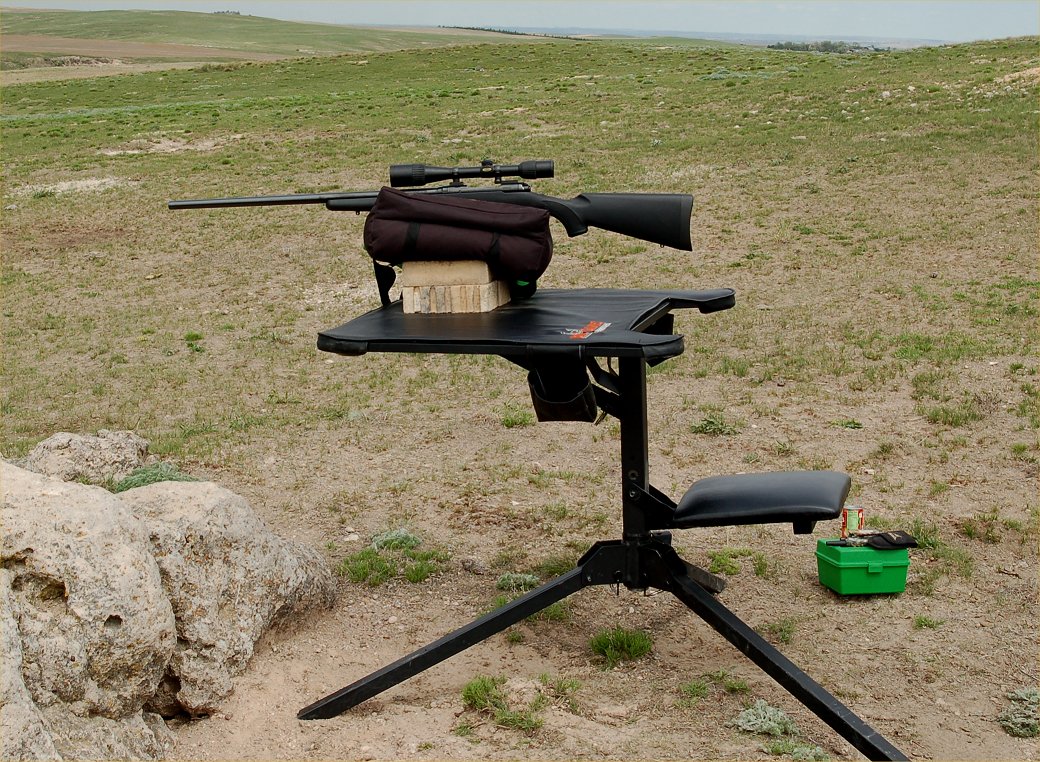 Any centerfire rifle works well shooting prairie dogs. A .22 rimfire rifle will also do the job but its limited range could be a liability. Towns that have never been shot are a good place to try using a .22 as shots less than 100 yards will present themselves, but it doesn’t take long for prairie dogs to become “educated” and keep out of range or out of sight. Success can be had out to 200 yards with .17-caliber rimfire rifles provided winds are light – and they seldom are on the open plains. That’s why favored calibers for prairie dog shooting are .223 Remington, .204 Ruger, .220 Swift and .22-250 Remington. High velocity rounds with minimal bullet drop at long ranges are key. And a rifle in any action configuration from single-shot to semi-auto will do fine.

The other key to success in shooting prairie dogs is a good scope. As prairie dogs in a town become more cautious, longer shots will be needed. My longest confirmed kill on a prairie dog to date is 675 yards with a Savage Model 12 Varminter rifle in .223 Remington topped with a 6-24 x 50 Leupold scope. I’ve tipped over many prairie dogs in the 400-500 yard range with that setup. You’ll want optics that allow you to see the 8 to 12-inch-tall rodents clearly at such distances.

Special safety considerations come into play when shooting prairie dogs. It’s vital to be sure of your target and what lies beyond. Other animals such as rabbits, badgers and burrowing owls often live in prairie dog towns. Rabbits have seasons, owls are protected and badgers are good because they eat prairie dogs. So do rattlesnakes, so be vigilant when walking around a prairie dog town. Use hollow-point or polymer-tipped ammunition, if possible. FMJ .223 ammo is cheap and plentiful, but it also tends to ricochet more than other bullet types. And you’ll want both sunscreen and bug spray along. There is no shade at prairie dog towns and they’re also a magnet for fleas, biting flies and other bugs.

Prairie dog shooting is one of the most fun shooting sports there is. If you find a good spot you’ll shoot until you run out of ammo and, if you’re smart, you’ll have brought at least 100 rounds with you. It’s also an outstanding way to hone your marksmanship skills, especially when it comes to long-range shooting. As an added plus, you’re doing a landowner a favor and that’s something that could come in handy when looking for land to hunt other kinds of game on.

Nexgen Outfitters has everything you need to try prairie dog shooting from guns and ammo to shooting tables and optics. And if you have any questions, most of us on staff have a good deal of experience with the sport and we’ll be happy to help you in any way we can. 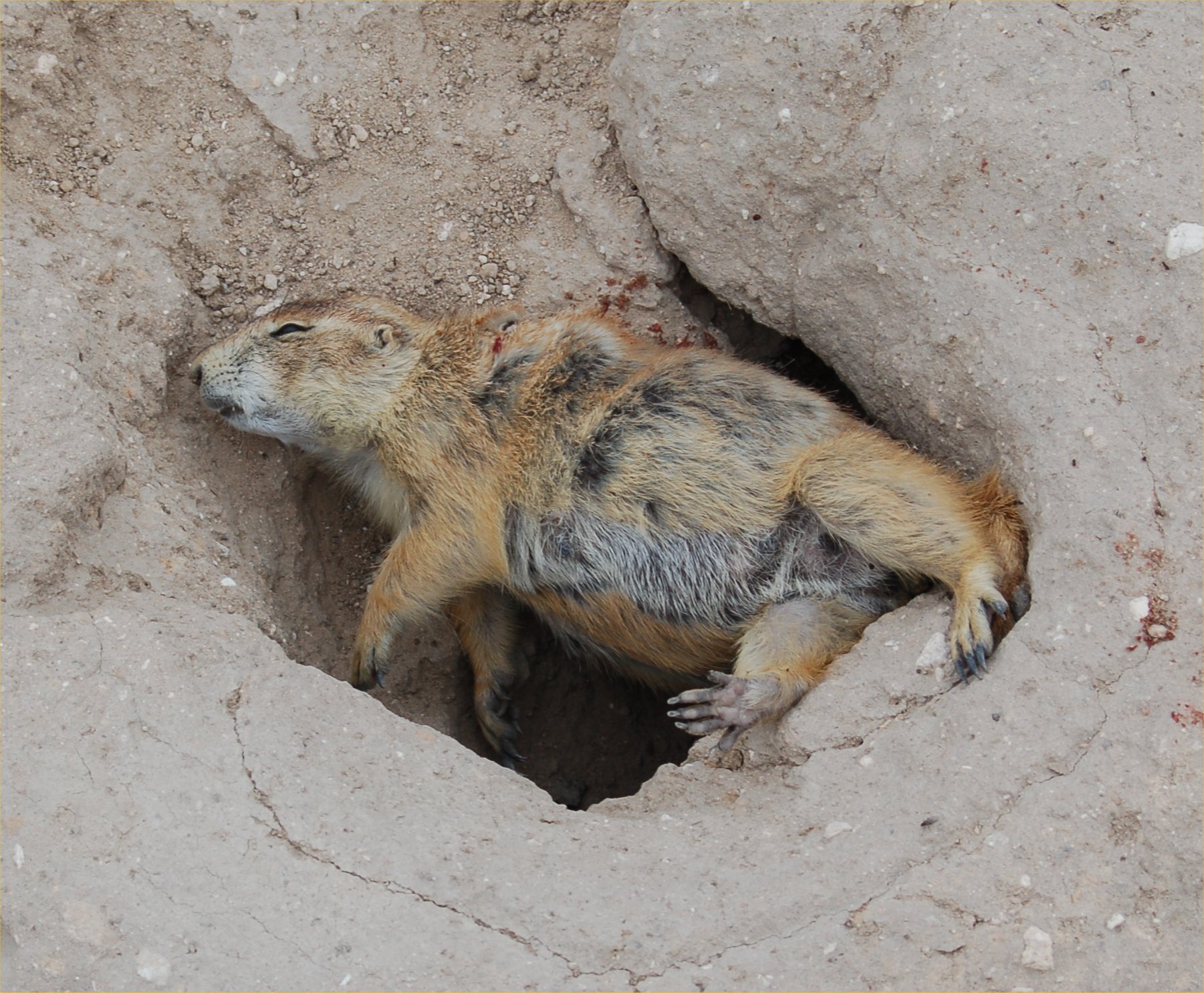